There’s nothing more magical than Disney – especially during the holidays. Ryan and I had the pleasure of going to Disneyland this October to enjoy everything Halloween! With Star Wars: Galaxy’s Edge now open, it is honestly pretty impossible to get both Disneyland and Disney California Adventure Park fully completed in the same day, even without the seasonal attractions. I know it can be overwhelming trying to plan the day and figuring out everything to do, so I have compiled a list to help! There is a lot more to explore, but below are my top 7 must-do’s at Disneyland during Halloween.

As most of you may already know, The Haunted Mansion ride takes a creepy spin during Halloween and Christmas. In a festive version inspired by Tim Burton’s The Nightmare Before Christmas, this attraction is my absolute favorite! I went on a Saturday and I have to say the line for this ride was incredibly long the entire day. So, I recommend getting Fast Passes for this ASAP. If you were unable to (like myself), hop in line right before the park closes and make it the last ride you do!

Guardians of the Galaxy – Monsters After Dark

During the day, this ride remains as the normal Guardians of the Galaxy – Mission BREAKOUT!, but at night guests will have to save Groot from crazed creatures on the loose! Even though I’m still low-key bitter about the Tower of Terror closing down, this is an exciting twist for the holiday season.

Even though this isn’t a special Halloween attraction, it is the first time I had the chance to check this out post Galaxy’s Edge’s opening and it was extremely worth it!! You definitely should make a reservation for this one as it fills up really quickly. With a two drink limit, you have to choose wisely. My first drink was the Fuzzy Tauntaun. The drink itself was delicious, but I had to ask for a straw because they are not joking when they say the “Buzzz” Foam makes your mouth tingle! My next drink of choice was the T-16 Skyhopper and let me just say, I could have like five of them – it was that good. Ryan and I were lucky enough to get a seat, so it was the perfect relaxation break that we desperately needed from running around the park all day. 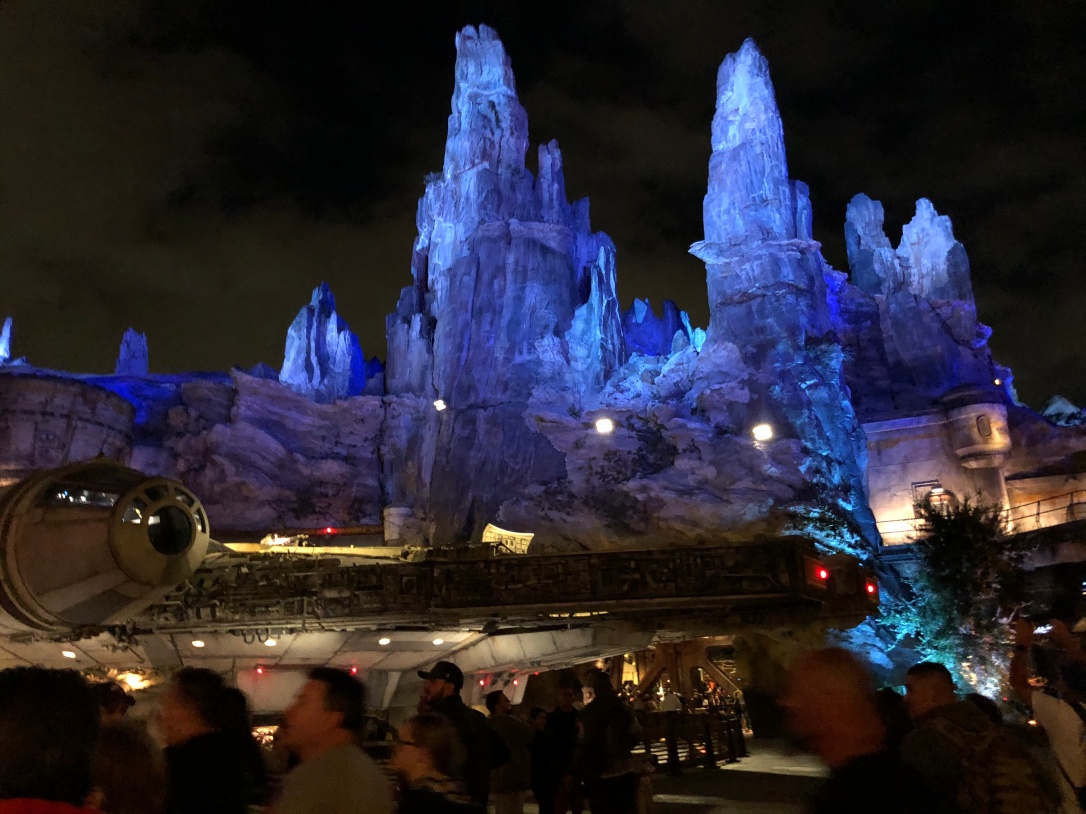 Disney is famous for their Instagrammable treats, so you can only imagine how cute they are during Halloween. From pumpkin flavored churros to character-shaped treats, there are so many hidden gems to name so click here for a detailed list on options and where to find them! 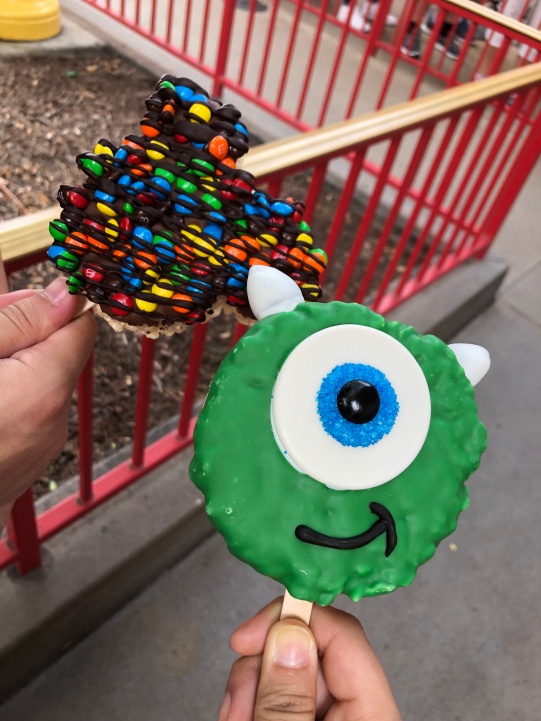 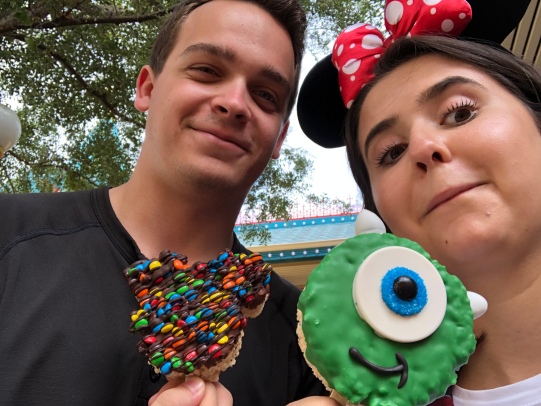 The decorative detail at Main Street is something that’s a must to take in. Take a picture with a huge Mickey-shaped pumpkin and stroll past the shops to spot an abundance of uniquely carved pumpkins to get you in the spooky mood!

Cars Land in Disney California Adventure is exceptionally decorated for Halloween! I unfortunately only got to pass by the area running to another ride, so I was unable to snap some pictures of it, but it is truly amazing how intricate the Radiator Springs transformation was. Since I don’t have any pictures of the decorations, I guess you’ll just have to go and see it for yourself!

Remember to take in all the decorations!

It’s easy to miss everything while trying to get in all the rides you want to do, but this is just a friendly reminder to stop and look around because it truly is amazing how much detail and thought is put into decorating the park.

As they say, stop and smell the roses because it’s simply magical! This year’s Halloween at Disneyland will run until October 31st, so go while you can!

Published by Dolled and Proud

View all posts by Dolled and Proud